If you haven’t checked out the first installment of Milan or the second of Paris, why are you still here? Go check them out and then come back for London!

Somehow I have never been to London and it’s always been in my top cities I’ve wanted to visit. When fellow New Yorker and our good friend Laura relocated there for work, it all fell into place that I could go visit while exploring and doing research for work. To no one’s surprise, I fell in love with this gorgeous city the first night; the people, the streets, the architecture…all of it. I love all of it and cannot way to go back.

Funny enough, this New Yorker is headed back to Europe this weekend for another work trip…timing is everything I guess, right? So take a look, enjoy, have an amazing weekend, and start booking your travel now! Life should be an exploration!

Well look who welcomed me to London! I have to say, Heathrow is very friendly airport. 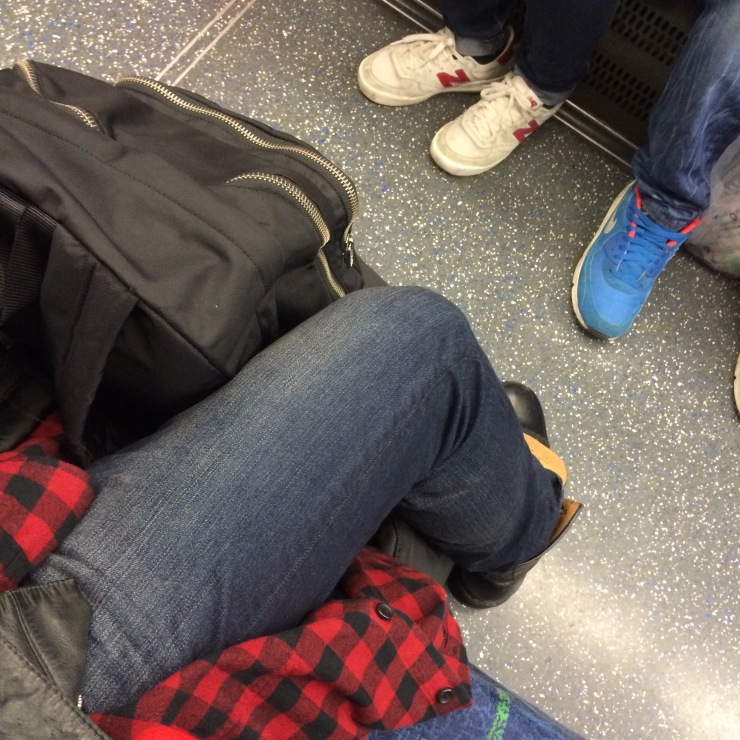 En route to Laura, I took the tube in the direction of Cockfosters (I giggled every time). Lucky for me being, Boston being New England and all, the London tube is set up exactly like Boston’s T which I rode growing up. It was a hop, a skip, a broken down Subway cart, and a jump to Miss Laura. 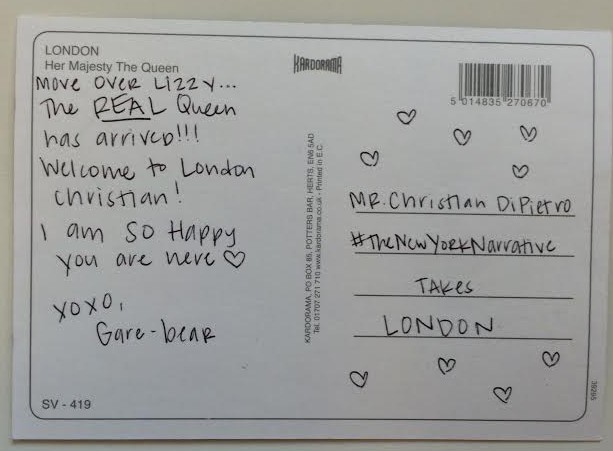 After Laura surprised me with a lovely wine, cheese, and meat plate— that I forgot to take a photo of because we inhaled it— we gossiped for a bit, grabbed our coats, and headed out for the evening. How cute is this postcard she gave me?

Reunited, and it feel so good! First stop was Admiral Duncan, one of the oldest pubs in London has quite an interesting history. Now it’s a Gay bar and couldn’t be more fun. 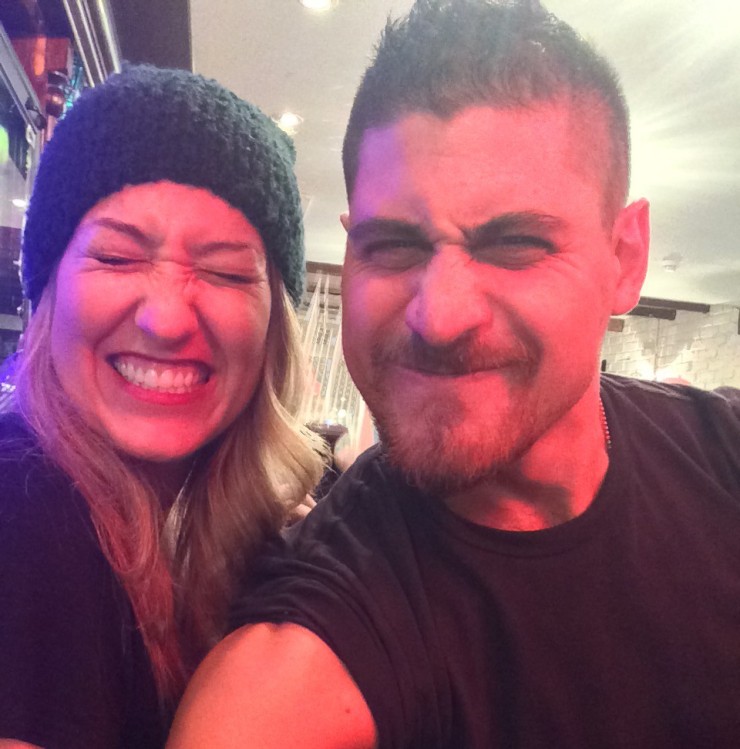 Lucky for us, a one Miss Mary Mac was giving a rounding rendition of Kylie Minogue superhits. I have seen many a Drag Queen in my day, and this Scottish beauty was amazing. During her performance she called out us fabulous New Yorkers  for being, well, fabulous which made a rival group of Americans from Chicago needy and insist their city was better. In the end we all made friends and shared a pint (vodka soda). 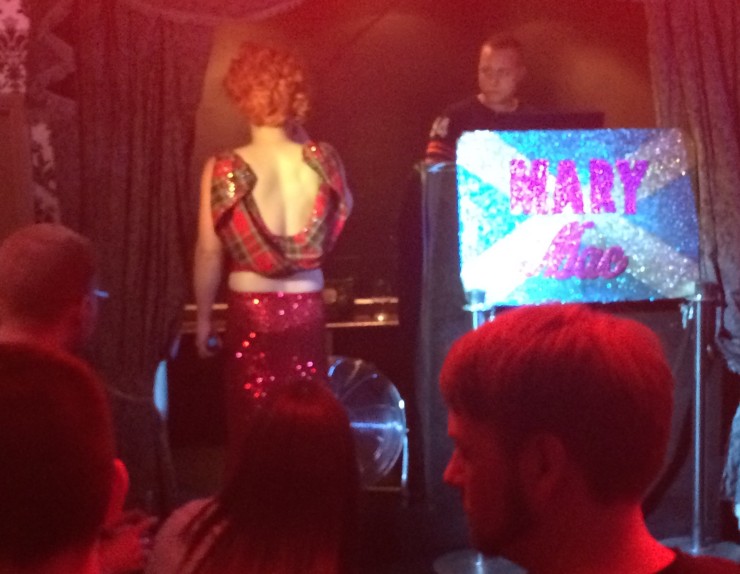 Mary Mac’s got back, tartan and all.

Next stop was G-A-Y which, in case you’re having trouble here, is another Gay bar and a really fun one at that. In the process of exploring we somehow bumped into a few fellow New Yorkers, newlyweds, I know who were also on Holiday. They don’t call me an International Nasty Girl for no reason.

Because I tend to make friends wherever I go (this is a blessing and a curse), Laura and I were told about two after parties to attend as everything in London shuts down at Midnight. Our first stop was Freedom bar where every booth had a sin from the Seven Deadly Sins in neon. Naturally we gravitated towards Lust.

En route to the next (unnecessary) after hours event, we ran into Jamie on the street who is my future husband I’ve decided. I’ll gladly sponsor him to be in the states. He led us to the next stop, because he’s a gentleman. 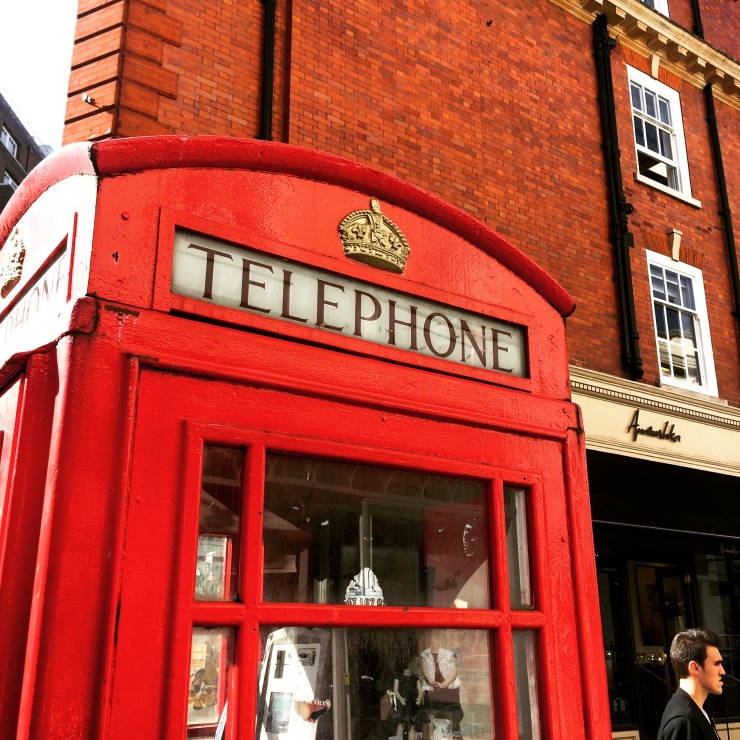 After a night of boogying, I took to the streets of London to explore and get cultured which aside from seeing Laura was why I was there. 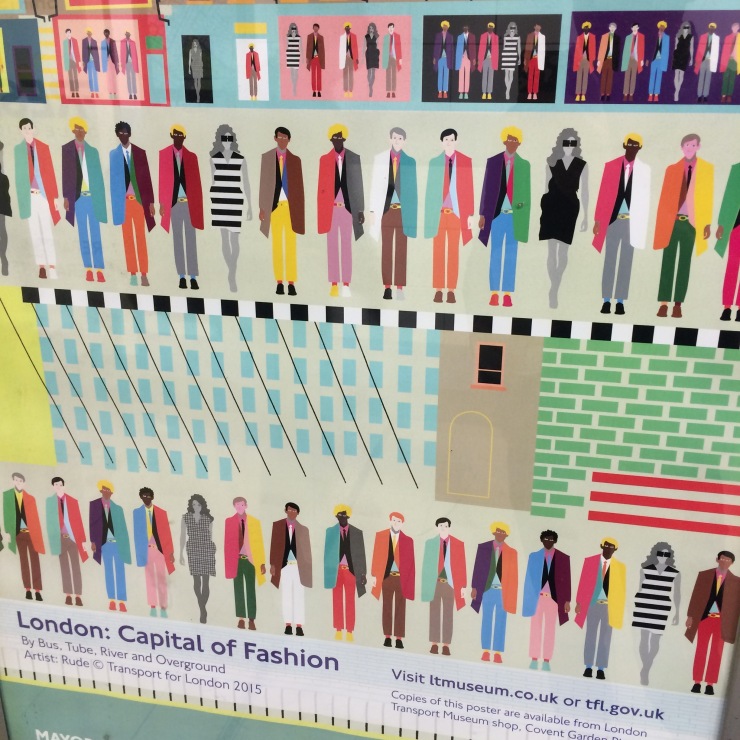 How cute are these fashionable signs in the tube?

Dover St. has become a bit of a hotspot with the likes of Dover Street Market, Victoria Beckham, and about a thousand other gorgeous shops on it. Not to mention fantastic little coffee shops.

Pretty sure this is right out of Harry Potter. 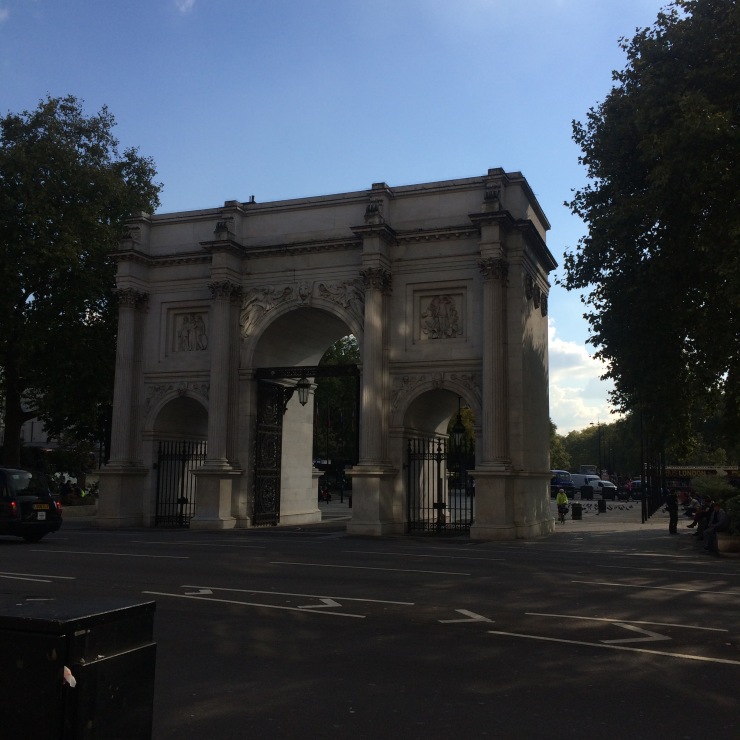 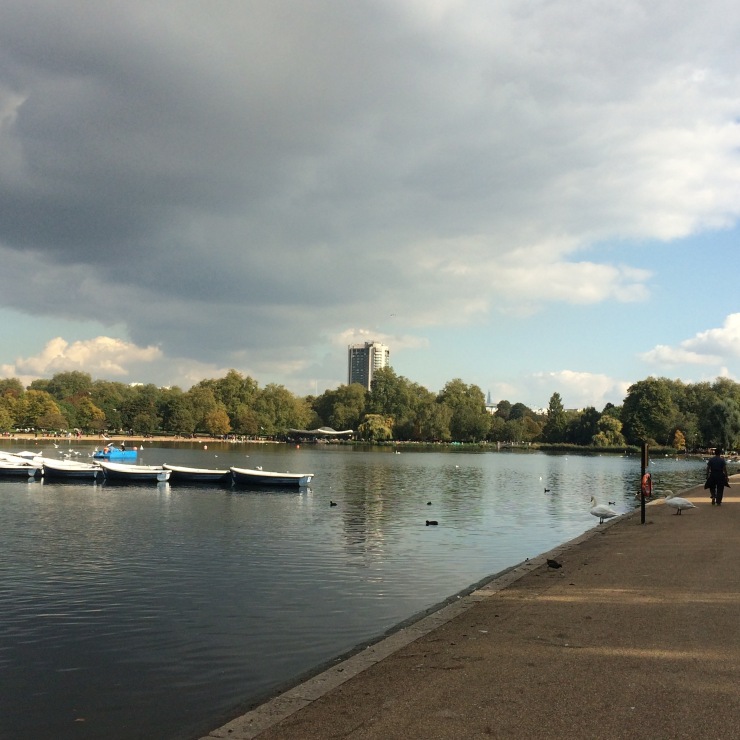 Needing a bit of greenery, I moseyed on over to Hyde Park which is gorgeous, enchanting, and incredibly serene.

Not serene? This thing. Easily one of the scariest things I’ve seen in a national park…

Stumbled upon the Prince Albert memorial which is even more incredible in person. So much so it didn’t even make me giggle that it’s name was Prince Albert. 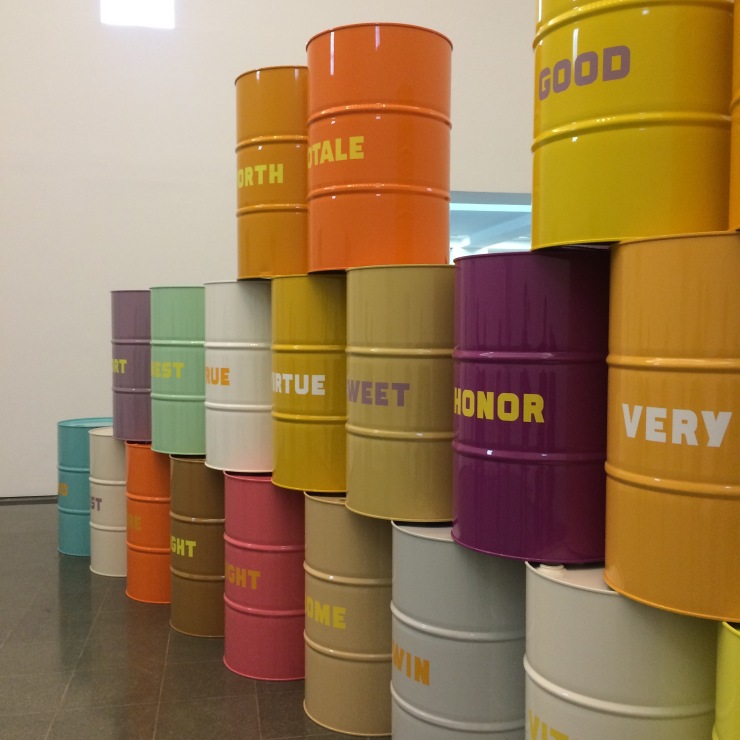 Back into the park, I found myself at the Serpentine Galleries which had very, um, interesting phallic artwork and garbage barrels.

Kensington Gardens was next and while gorgeous, I was intrigued most by the Wiggly Walk. I wanted to badly to hide in the bushes and scare people, but opted out of doing so as I wasn’t sure how English felt about being scared… 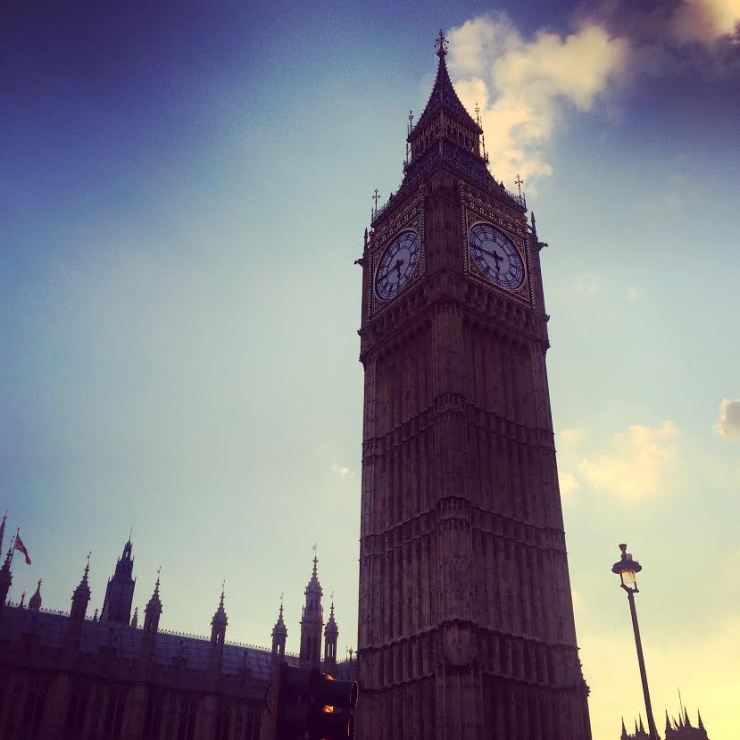 How could I not get a shot of this handsome devil? 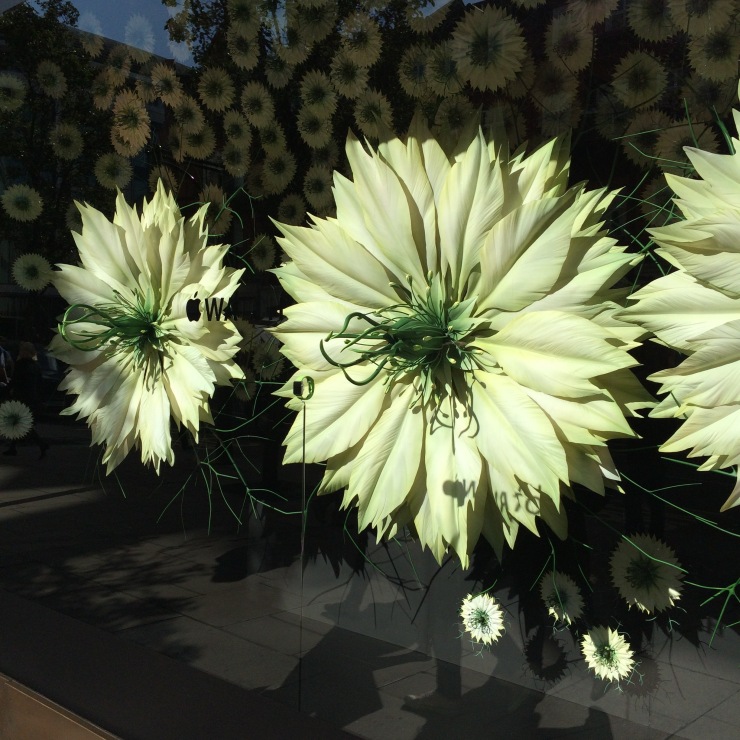 Incredible window displays in maybe the largest Apple store I have ever seen. 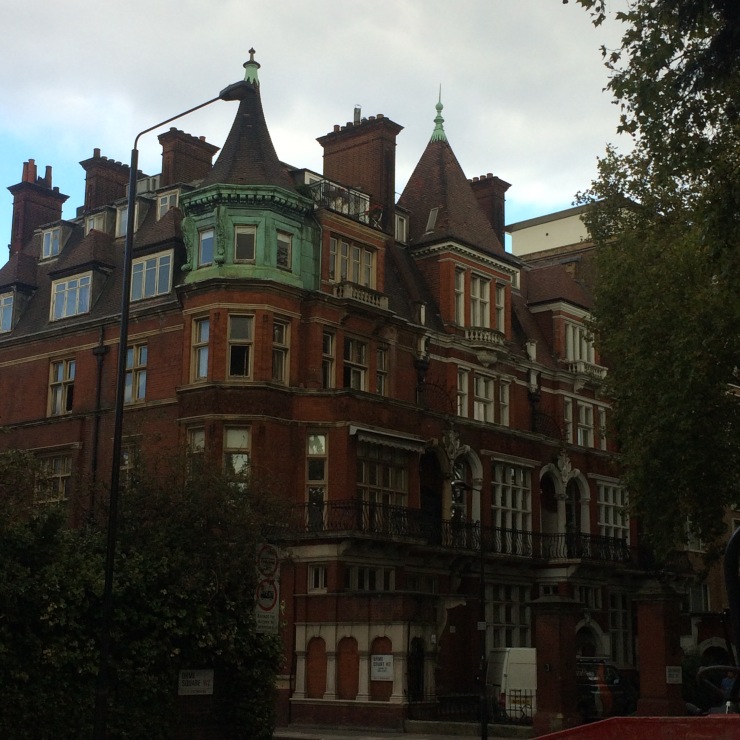 Pretty sure if Doctor Strange lived in London this would be his residence. 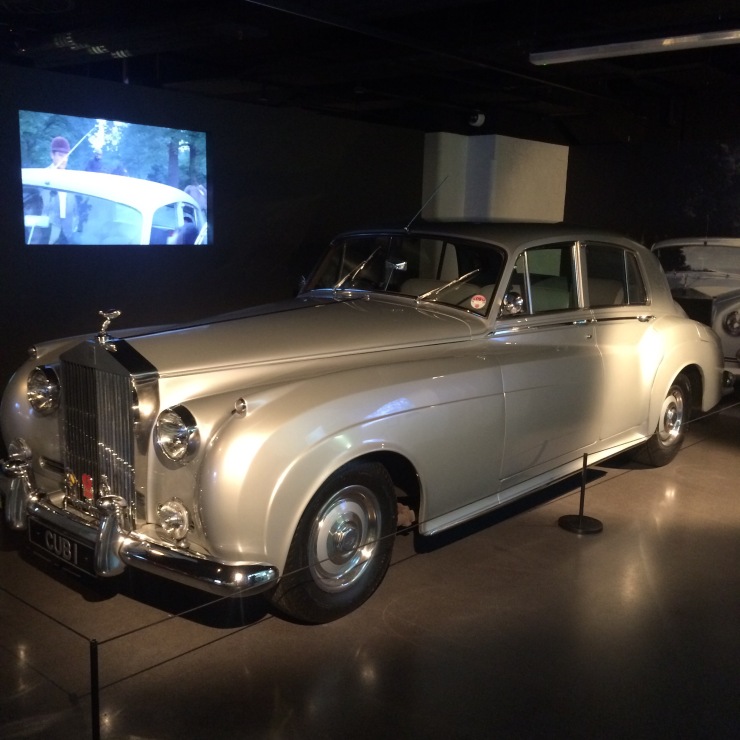 With the 24th installment of the James Bond franchise, “Spectre,” upon us the London Film Museum had an incredible retrospective of all things Bond from costume to cars to concept art.

Concept art for the underwater submarine from “The Spy Who Loved Me.” 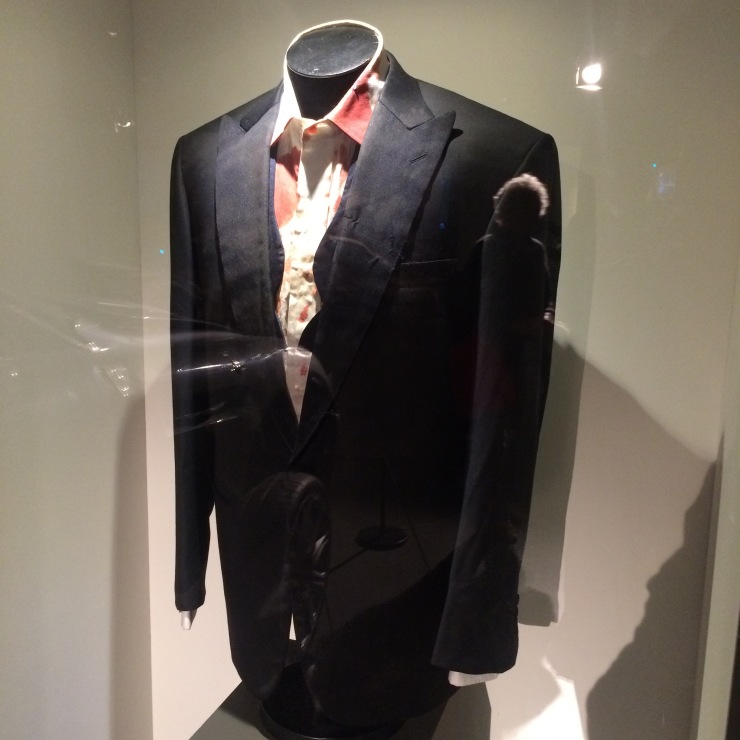 Insane paper model for who knows what Bond film. I was way too impressed with all the detail that went into it. 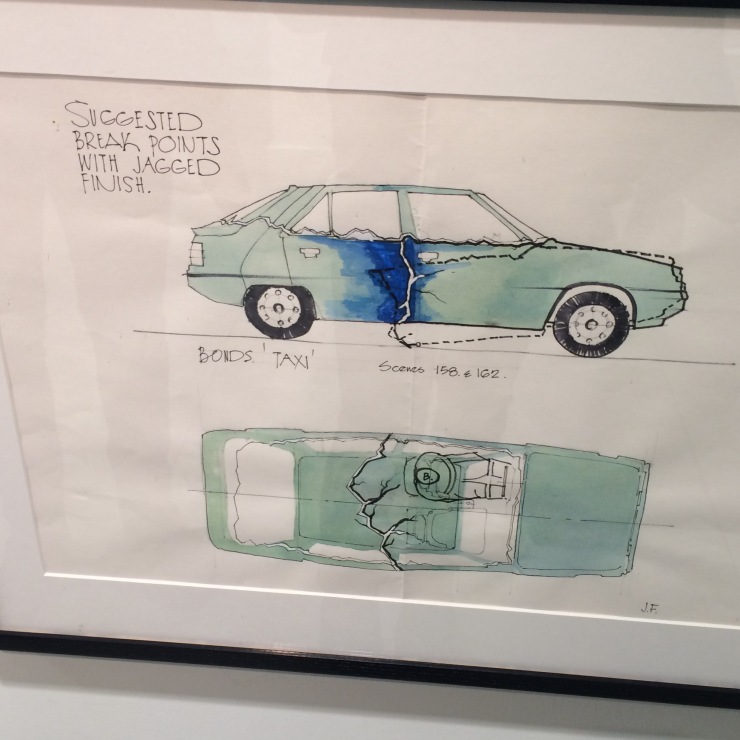 Was clearly loving the concept art.

Fashion with a capital F on the streets of London. All these cool Giraffe looking camo outfits were worn by a band who were enjoying a pint on the street. That is definitely something the UK has over the US: you can essentially drink anywhere.

After a day of exploration, I picked up Miss Laura from work for a low-key night out on the town. Buffalo Check top, Zara. Neck bow, Asos. Jacket, Very J. Booties, River Island. Bag, Coach.

Because the English do not believe in reservations, Miss Laura and I waited at the bar with delicious Margarita’s and people watched. Lovely way to end a lovely day.

After about 15 coffees and getting the crusties out of our eyes, we ventured out to sight see and explore. Firs stop: London Tower. 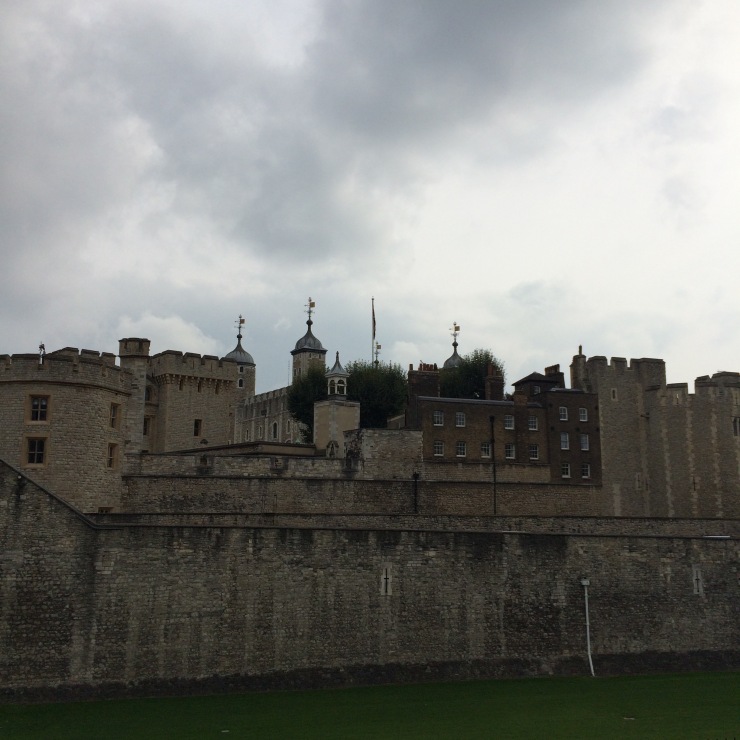 You know, just a casual old castle near London Tower. 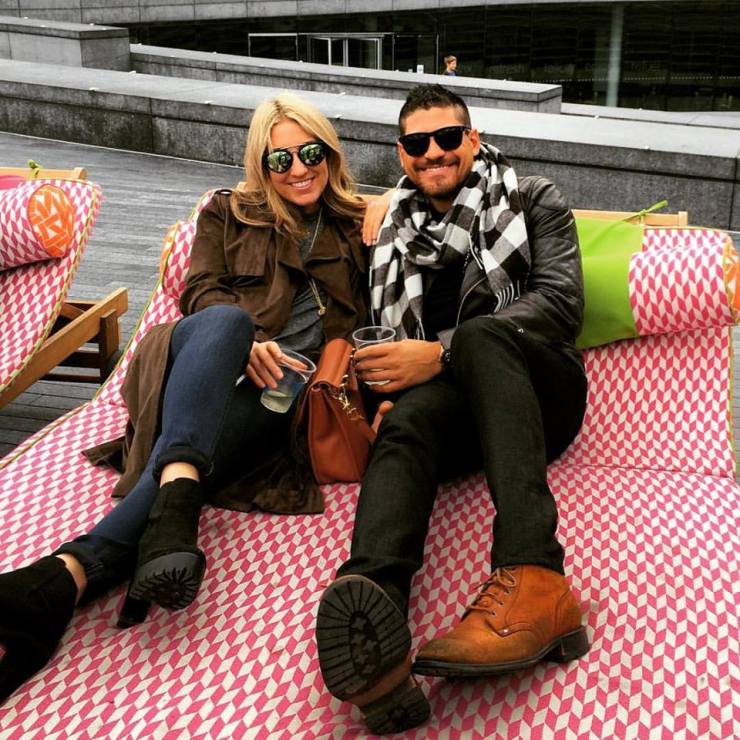 Whoops: Laura and I found an outdoor lounge chair with wine that had our names on it… 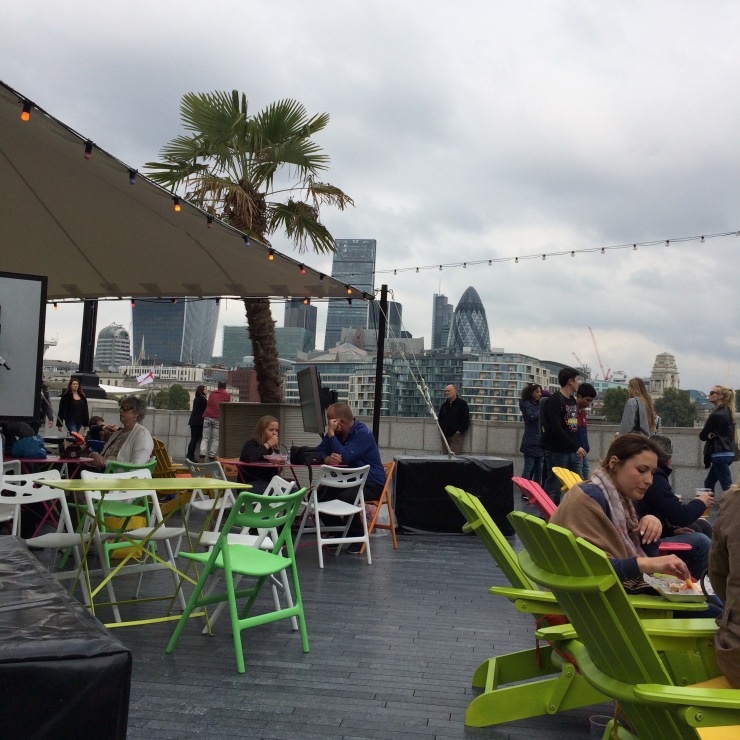 More London had gorgeous views including a great shot of The Gherkin.

Back to Kensington Gardens to get an intake of green and have a serine walk. 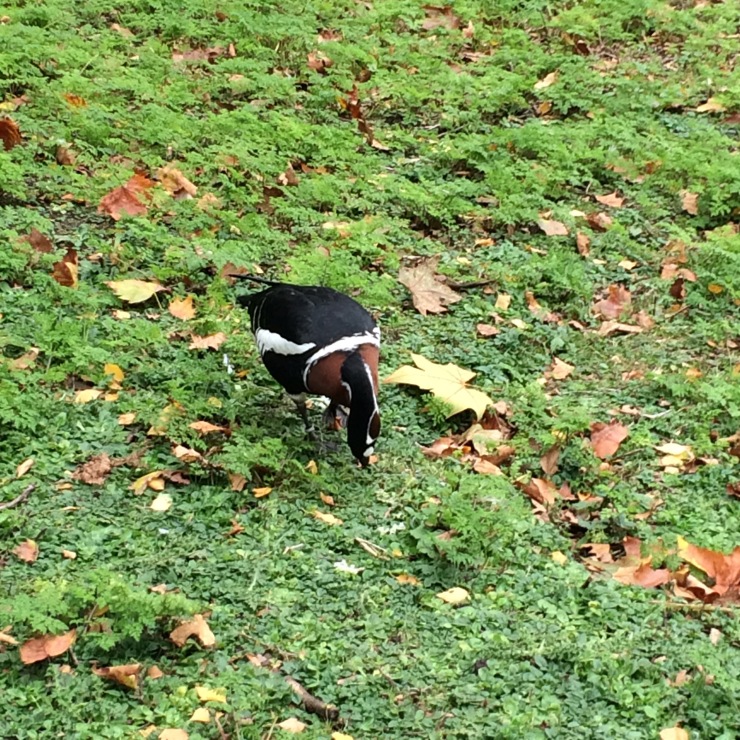 I don’t care for birds one bit, but this one was beautiful.

Gorgeous detail on the palace gates. 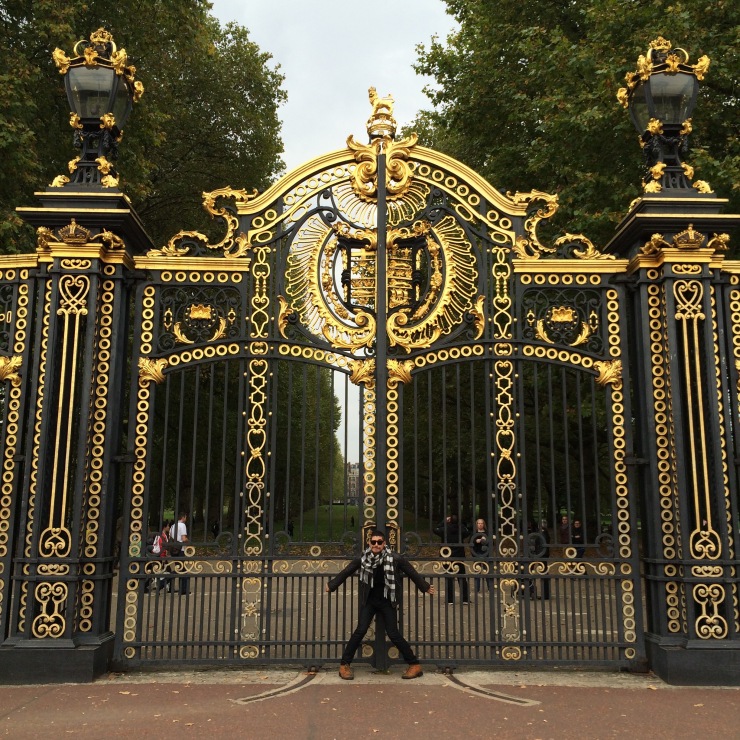 Queen Lizzie wouldn’t let me in… 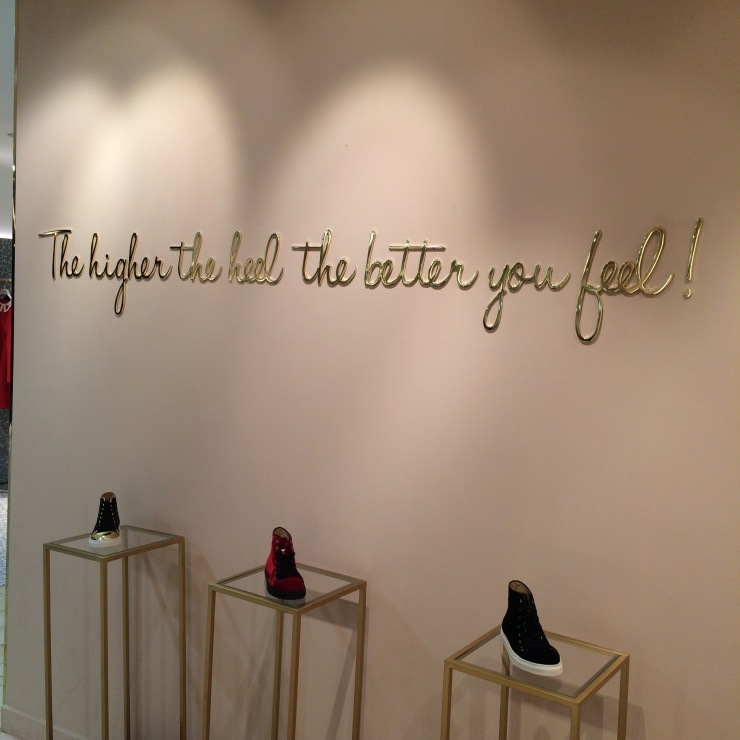 I’ve been dying to go to Harvey Nichols ever since the ladies of AbFab referred to it as Harvey Nick’s. It’s the UK’s Barneys, essentially, and beyond chic. Shoes, Jimmy Choo.

Because being a fabulous tourist is exhausting, Laura and I took a break and played with sushi on the little tram thing they have. Such a fun game.

Oxblood has always been one of my favorites and this Louboutin display needed a moment.

Ever since my Auntie gave me my first Paddington bear telling me it was from Harrods, I have wanted to go. Touristy, yes, but it’s a really beautiful building and should be on everyone’s to-do if you’re able to visit gorgeous London.

…as was celestial for the ceiling. 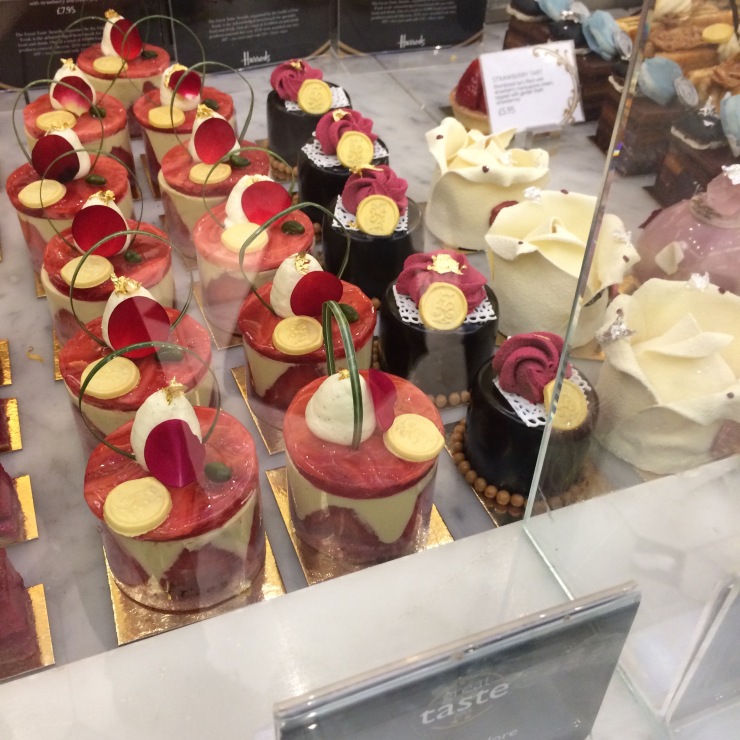 After eating up lush Fashions, we headed to my favorite place anywhere: the food court. European department stores tend to have food courts in their shops which also double as grocery stores. It’s a thing and I love it.

Harrods understands how important Halloween is. Took all my might not to buy everything they had to offer.

After the most delicious ham and cheese I have ever had from Harrods, it was back on the Fashion track to check out the Louis Vuitton retrospect, “Series 3.” 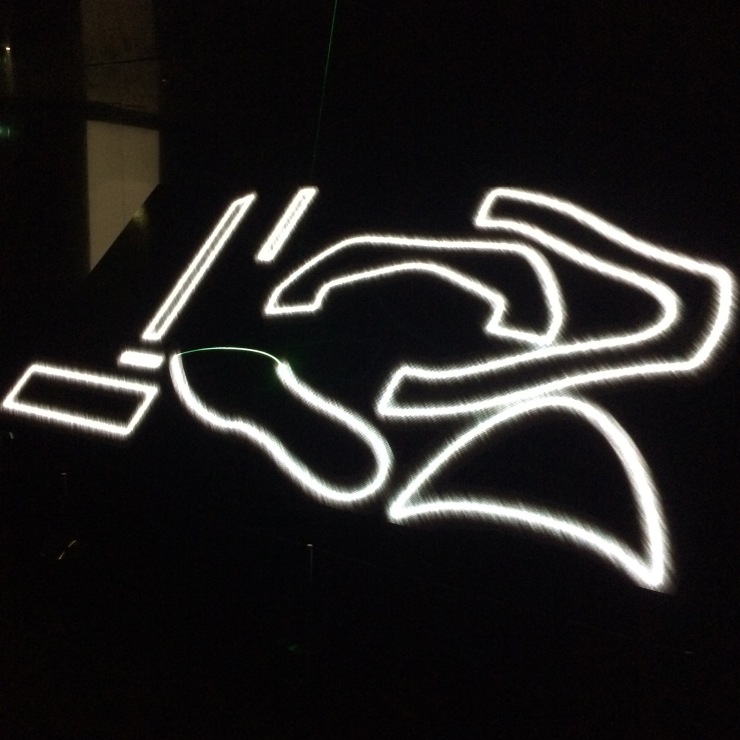 Screengrab from an interactive video showing the construction of a shoe from pattern to raw material to the end result of a sexy stiletto. Amazing.

This nice lady showing us how a LV trunk clutch is constructed had no problem with us snapping away. What I had a problem with was that Flock of Seagulls haircut she was rocking…

Someone send me this vintage trunk, now. It’s totally convenient to travel with…if your’e on the Titanic. 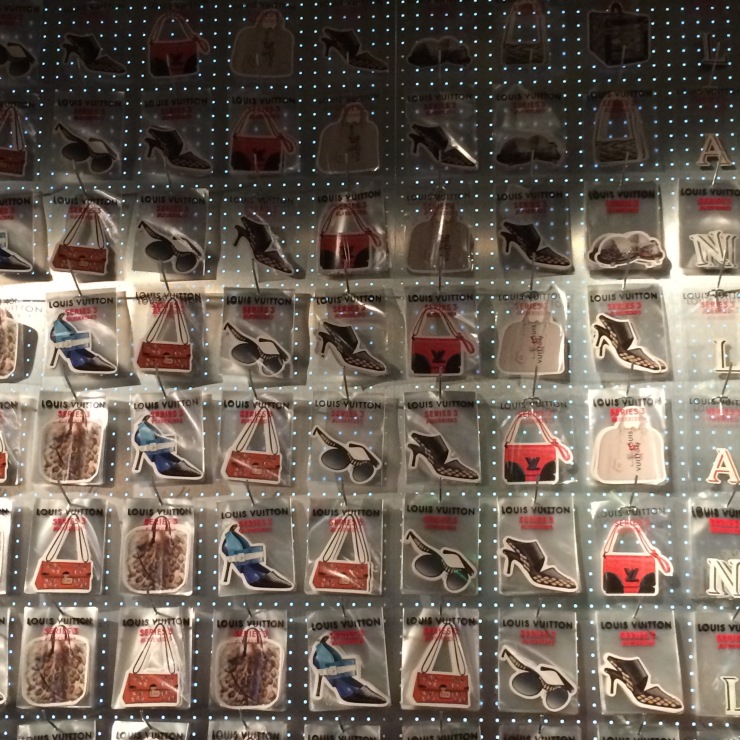 Wall of stickers you get on the way out. Lots of gorgeous little things.

While enjoying the sights, Laura and I stumbled upon a play inspired by the life of the late great Alexander McQueen. After chatting up the concierge and (obviously) making friends with him, he gave us a ridiculously good deal on front row seats and we took a breather to enjoy a little theater. Who doesn’t love an impromptu show?

How gorgeous is the architecture of this theater? 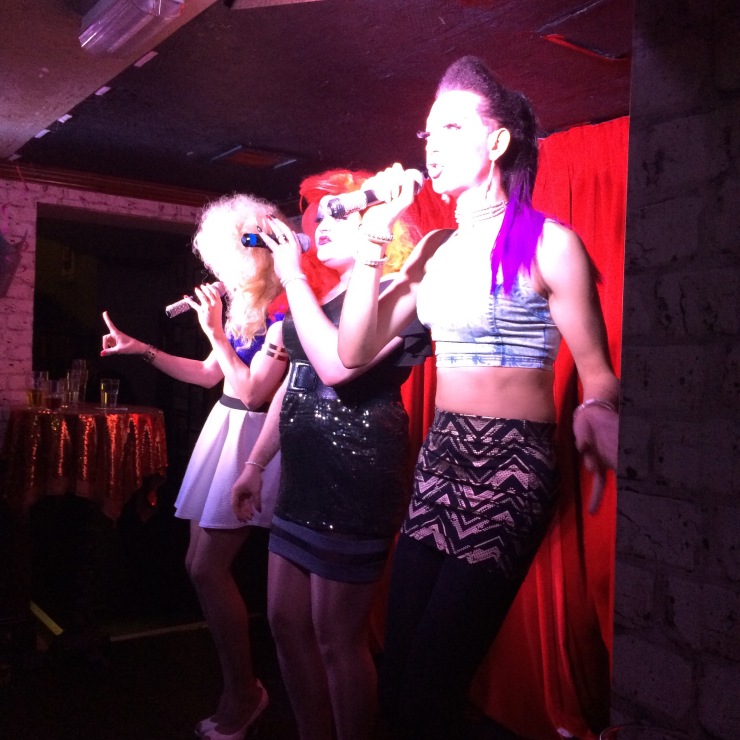 Post show it was time for a pint (vodka soda). Apparently Drag Queens were on the menu everywhere we went because unsurprisingly Laura and I caught our second show of the evening: a super-group of ladies performing in the basement of Halfway to Heaven. Double features are my favorite.

Post Drag, Laura and I got some rest and headed to Notting Hill for a farewell brunch. No, Julia Roberts and Hugh Grant did not join us but that’s only because they didn’t return our calls… 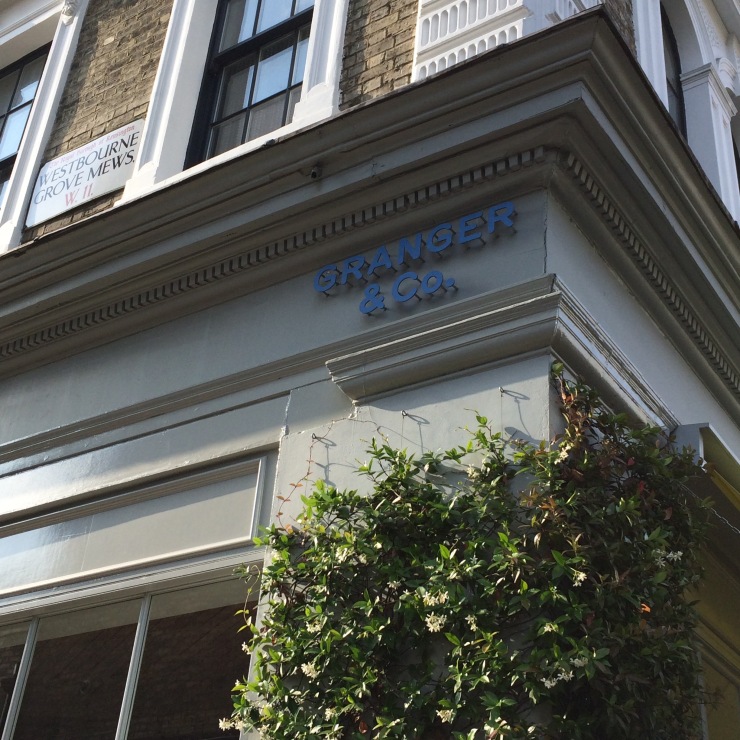 Easily the cutest brunch spot I have ever been to, Granger & Co. was the perfect way to end the trip. Apparently David Beckham frequents this joint, but, he and Vicky were nowhere to be found.

Brunch. How good is the design of the cup? 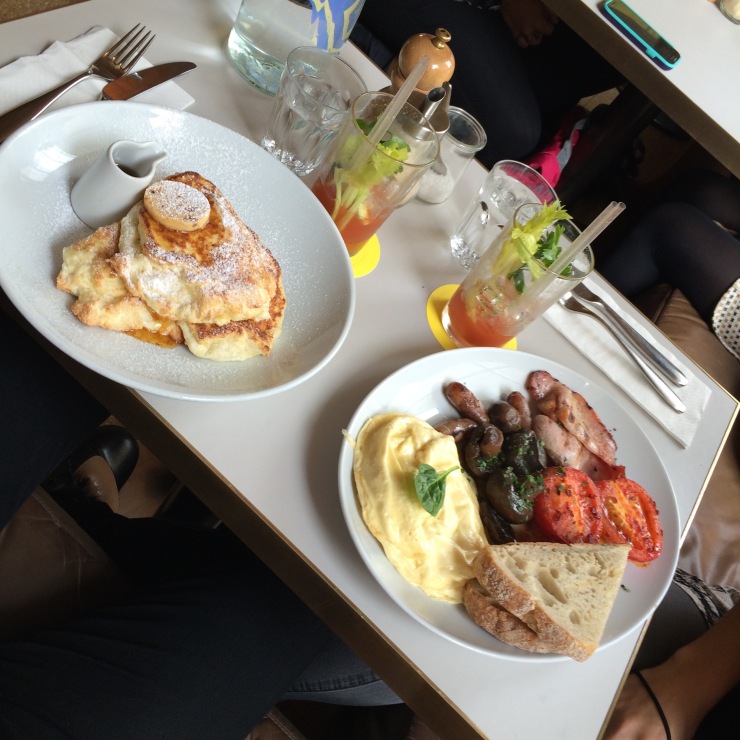 We split this meal, people, and it was delicious. Way too much food, enjoyed it way too much…

Notting Hill is apparently where it’s at for unique and interesting street art. 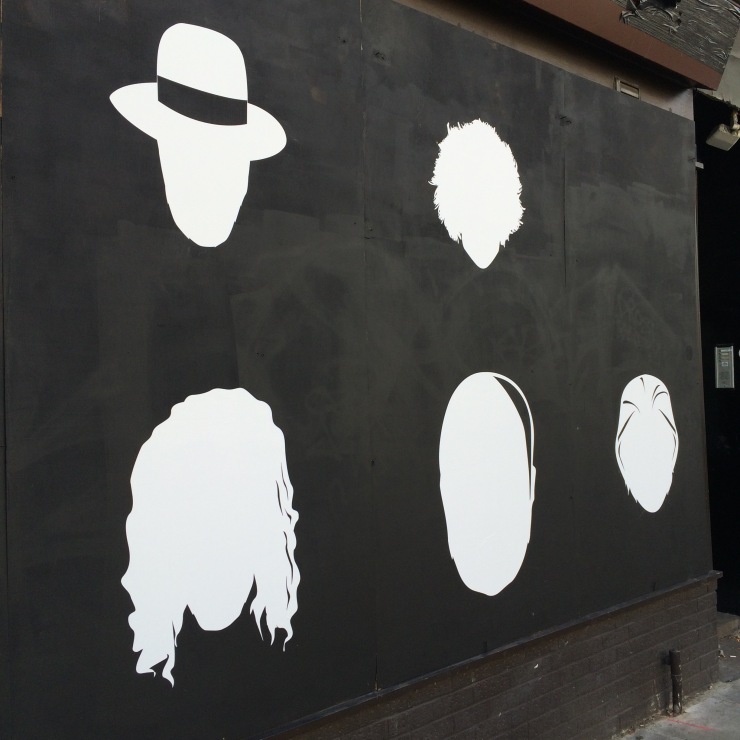 After goodbyes, I headed to the airport where I found a cute little coffee shop to serve my caffeine fix.

Sad to say goodbye…I think a piece of my heart belongs to London now. Already figuring out when I can go back.

Remember these? Virgin Airlines does. 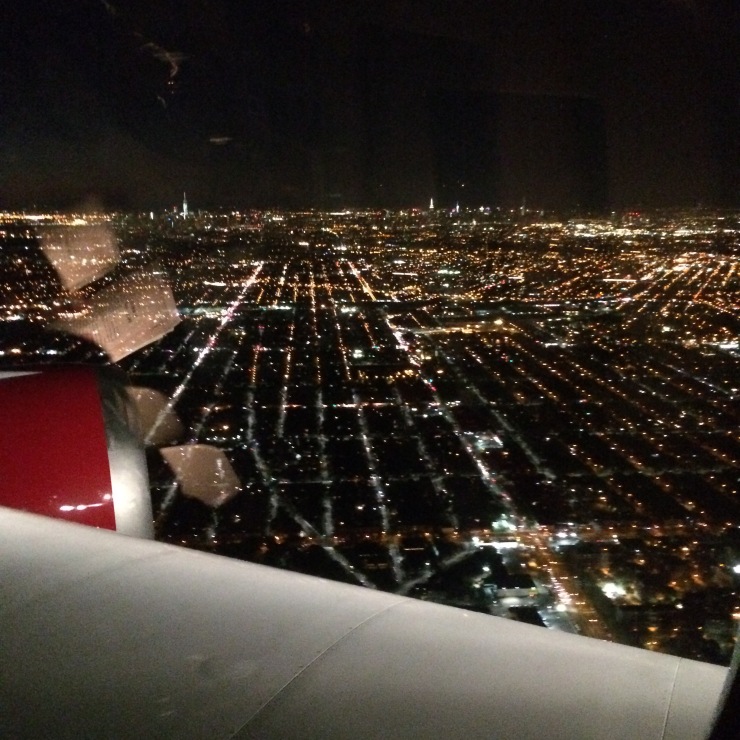 Thanks for everything, London! You were a real treat.

Thanks everyone for tuning in to The New York Narrative’s European Adventures! Hope you enjoyed it and come back to check out what else we have in store! Stay safe, travel more, and be nice to people.

All images courtesy of yours truly.