From the minds that brought us the incredible “Damages” (Todd A.Kessler, Glenn Kessler, Daniel Zelman) comes a new and addicting drama by way of Netflix, “Bloodline.”

The series centers on The Rayburn family: four adult siblings, their matriarch Mother, and charismatic Father in the Florida Keys— which couldn’t be a more gorgeous backdrop for the series— who own a luxury Inn in the sunshine state. This family is harboring plenty of secrets and the largest of which we find out half way though episode one. Instant hook.

While county sheriff John (Kyle Chandler), attorney Meg (Linda Cardellini), and general mess Kevin (Norbert Leo Butz) have remained in Florida helping with the family business, oldest son Danny (Ben Mendelsohn) drifts in only when he needs money or help— and he’s made his way home. This is something that disgusts his Father Robert (a stoic Sam Shepard) and is a weak spot for his Mother Sally (an iconic Sissy Spacek). With such high-tension in this family dynamic, it’s no surprise that within the first few episodes we find out exactly why Danny has been MIA. 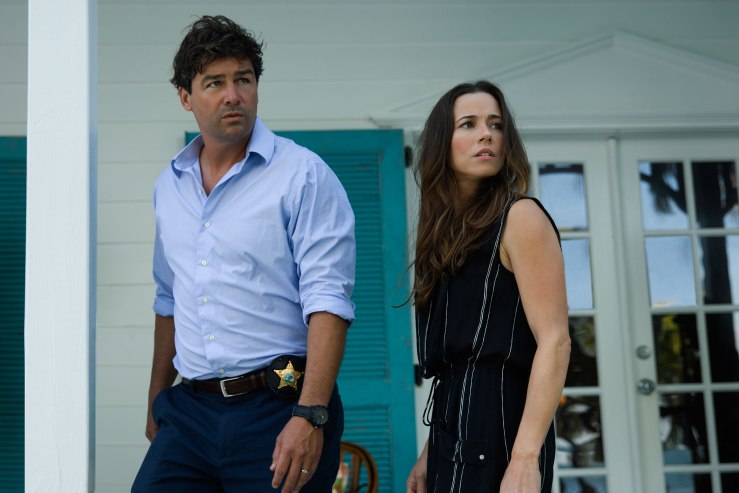 A mix between mystery, thriller, film noir, and family drama, you’ll devour all 13 hour long episodes as quickly as I did.

“Bloodline” is like a labyrinth. Each episode reveals more intrigue and mystery unfolding something new you did not see coming. This should be no surprise to “Damages” fans as “Bloodline” follows a similar flash-forward format as it’s predecessor and it pays off making it incredibly addicting and very engaging.

This doesn’t always work for a series— cough,”True Blood,” cough— but like “Damages” it’s incredibly stylized and unique without trying too hard. The flash-forwards come full circle, the best one reveals itself in the final episode of the season and is worth the wait. Another strength of the show is the visuals. Bo Johan Renck directed the first two episodes and helped craft the look and mood of the show. Known for his work on “Breaking Bad” and “The Walking Dead,” Mr.Renck’s attention to detail and color make the series visually stunning.

It’s hard to elaborate further on the plot as it’s crafted to unfold by episode, so I won’t spoil anything for you. That’s now how we roll at The New York Narrative. What I can elaborate on is how incredibly well cast and acted this series is. Netflix has proven it’s strength in it’s original programming (“Orange is the New Black,” “House of Cards”) and this is no exception; this is some of the best television (that’s not “really” television?) I have seen in quite some time.

Casting a family can be difficult. On top of chemistry, the look needs to be right and the years and years of history within a family has to be believable. All of this is working in “Bloodline.”

Anyone familiar with Mr.Chandler’s work on “Friday Night Lights” knows that his casting alone make’s this a must-see. Mr.Chandler’s take on John is layered with complexity. The reliable one, John is the fixer and feels the most responsible for what happens to his family causing his morals to constantly be challenged. His performance is hyper-masculine and extremely believable— there’s nothing he wont do to protect his family, and this becomes wildly evident throughout the season. It’s nice to have Mr.Chandler back on TV.

Ms.Cardellini— AKA Velma from “Scooby-Doo”— couldn’t be further from the Mystery Machine portraying adulterating attorney (gasp!) Meg. With big brown eyes and a youthful face, Meg’s popularity and beauty is catching up to her. Her story-line is one of the most interesting as not only is she cheating on boyfriend, and John’s partner, Marco (Enrique Murciano) but she slowly realizes how unstable Danny is and it’s played out perfectly. Ms.Cardellini gives a strong performance bring depth and range to Meg; you actually feel for her and sympathize with her behavior. Not easy to do, you’ll see when you watch.

Youngest son Kevin, who couldn’t be more of a hot head if he tried, is given the “I’m kind of always drunk” treatment by Mr.Butz. I was surprised to see Mr.Butz casting as I know him primarily for his stage work (he originated the role of Fiyero in “Wicked”), but the role of Kevin brings a whole new range to his acting abilities; a welcome surprise. While rather unlikable— he just looks like he smells— his pigheaded loyalty to his family makes him interesting and I hope more of this is uncovered in Season Two. 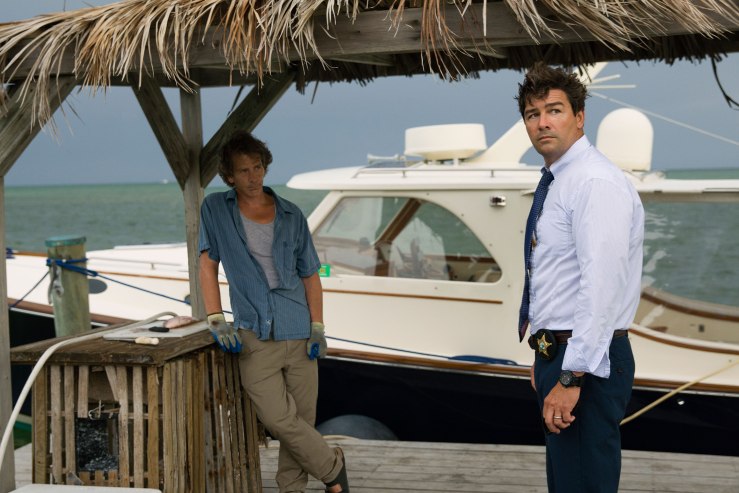 The most dynamic performance in the series is given by Mr.Mendelsohn. We find out quite a bit about Danny early on and learn that his Cheshire Cat smile and charisma has gotten him very far in life. Mr.Mendelsohn delivers such a subtly scary performance you’re instantly uncomfortable watching how completely unstable Danny really is. How this man has not been cast in more is beyond me, but I can see that changing very soon. He’ll be on everyone’s short-list now.

Equally good as their on-screen children, Ms.Spacek and Mr.Shepard respectively deliver wisdom and intrigue in their performances. Again, because the events of the series are pretty hush-hush, I won’t dive too deep into why they are so great. But just know, they’re Hollywood legends for a reason. Amazing performances.

The supporting cast is also very good. Jacinda Barrett holds her own as John’s wife (though, she’s no Tami Taylor…); their relationship comes off authentic and relatable. Chloe Sevigney is also heavily featured in the season as Ben’s girlfriend, and it’s the only casting that missed the mark. Her usual trademark quirk is nowhere to be found, and quite frankly, any no name actress could have been cast; there’s no dimension. It’s a shame too because her character could have been much more dynamic.

The majority of us are always looking for a new show to dive into and with the current cultural obsession of binging, we have a new one to devour. If you’re looking for a smart, edge of your seat series with gorgeous cinematography, then check this out. You won’t be sorry. Season One of “Bloodline” is now available in it’s entirety to stream on Netflix.

All images courtesy of Netflix

My Tweets
Join 28 other followers
Follow The New York Narrative on WordPress.com