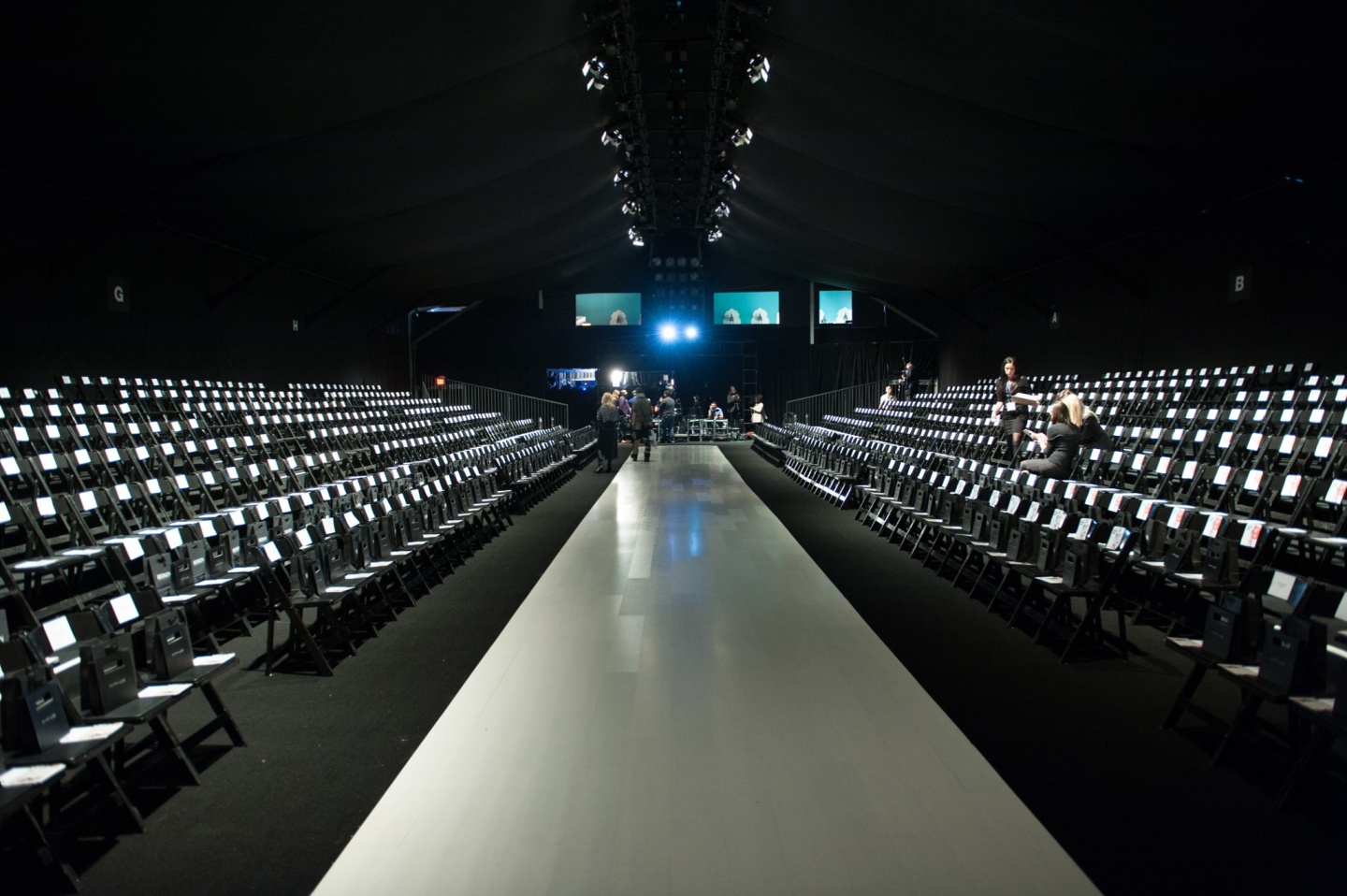 It’s over: Fashion Week, is over. From New York to London to Milan to Paris and everywhere in between, we were given (some) fantastic collections ranging from sequin’s to tulle with every international runway the highest of paid models stomped down.

So take a look, sound off about what moves your Fashion groove, and have an amazing weekend! 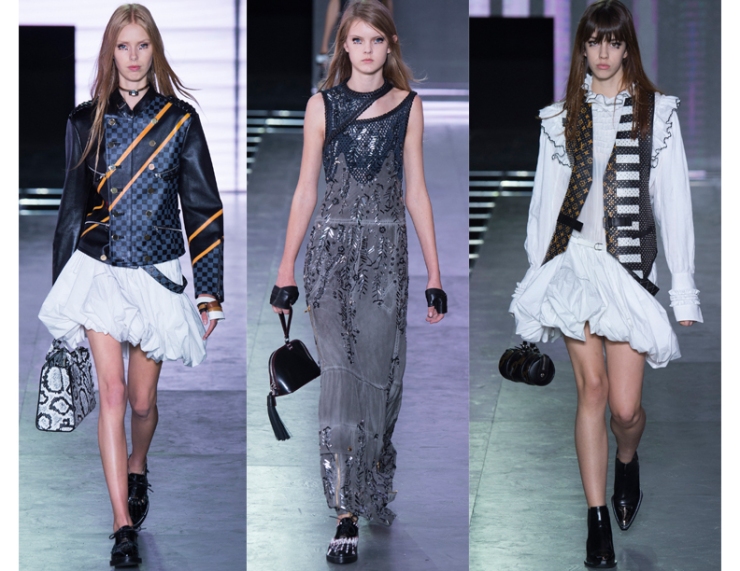 Uncle Karl decided to turn this season’s Runway experience into a high octane fashion experience by creating Chanel Airlines: obviously the chicest way to travel. The collection may have been “eh,” but that presentation is what Fashion dreams are made of.

Everyone’s favorite Momager Kris Jenner boarded Chanel Airlines loving every minute of the Paparazzi attention she was getting alongside beau Corey Gamble. You know she was snapping pictures of Kendall from front row hamming it up…it breaks my heart a little I wasn’t there witnessing this first hand. Just remember: she’s not a regular Mom, she’s a cool Mom.

The Row decided to opt out of New York Fashion Week instead showing at a gorgeous chateau outside of Paris during Paris Fashion Week for their impeccable Spring 16 collection. Not surprisingly, the Olsen’s sent out insanely sophisticated pieces ranging from killer coats to flowy pants. The New York Narrative favorite Elizabeth Olsen supported her sisters while rocking an incredibly cool monochromatic Black ensemble with effortless hair and round sunnies.  New York downtown meets Parisian chic.

Raf Simon’s continued his streak of quirk but ladylike aesthetics over at Dior incorporating scallops, Menswear influence, and a limited color palette with just the right amounts of pop. Staying true to his signatures but enhanced with a bit of vitality. 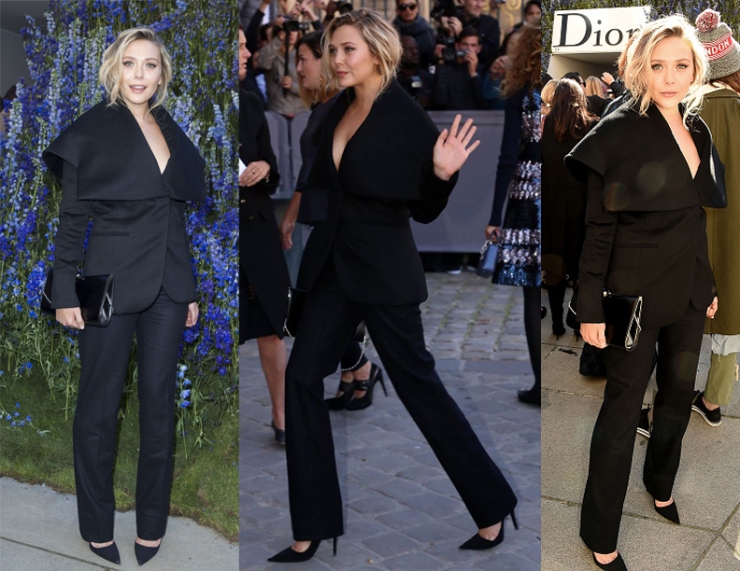 Also stopping by Dior, Lizzie rocked another great all Black look reminiscent of a Hollywood legend like Greta Garbo or Katherine Hepburn in a dramatic oversized collar and wide-legged pants. With those subtle waves and minimal make-up this is beyond alluring.

Brandon Maxwell pulled out incredible tailoring, alluring show-stopping pieces to glide down his Runway in Black, White, and…well, Black and White. Classic and sophisticated, the collection was a well balanced offering and beyond wearable while still being high Fashion.

Mr.Maxwell’s BFF Lady Gaga wore not one but two incredibly chic pieces from his collection already as well as a custom scarlet hued gown for the “American Horror Story: Hotel” premiere. Saying Mr.Maxwell is having a moment is an understatement.

I was pleasantly surprised viewing this collection as Creative Director Olivier Rousteing infused a sensibility of more than just va-va-voom sexy but Ladylike sexy. From romantic ruffles to unique coats this is not the Balmain we expect any longer. It’s something different. Something, thankfully, fresh. How much are we loving those shoes?

Alexandre Vautheier may not have given an insane Runway show or public presentation, but he presented yet another sexy rocker chic collection that had legs and androgyny for days. It’s nice to see someone just making really, really cool clothes for Badass ladies. When are we going to see more of this on the Red Carpet?

Last Fall and Spring for Rodarte were hauntingly enchanting and the ladies have kept it up for Spring 16.  The air of Gypsy mystical Stevie Nicks Princess was felt in every deconstructed mini, uniquely cut pant, and Mick Jagger scarf that glided down the Runway. Fashion is in a terribly weird place at the moment so having a collection like Rodarte around is fun and honestly quite necessary. Anyone else getting a little modern “Crimson Peak” vibe here? 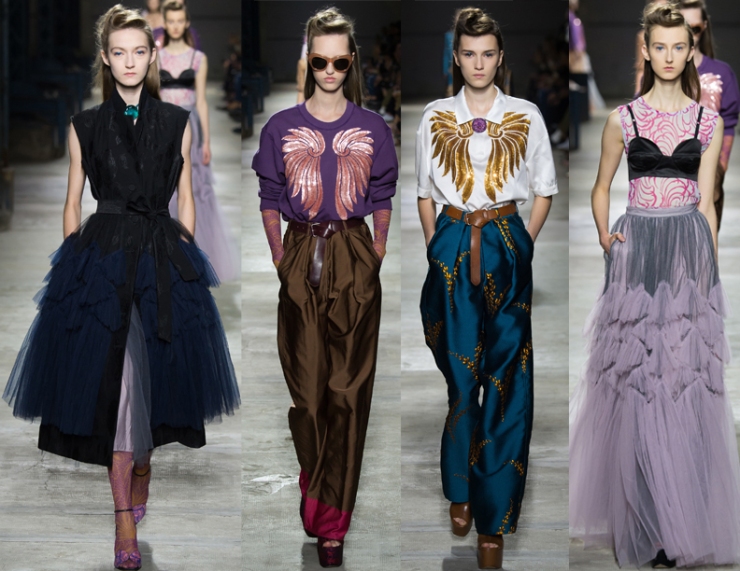 Every time new collections are upon us I cannot wait to see what Dries comes up with. His colors, cuts, and general styling of each look is like no one else and always keeps things interesting. This time we got insanely rich jewel tones, 40’s influence in hair and trousers, and weird Gothic-y prom Realness with tulle and petticoats. So. Much. Yes. 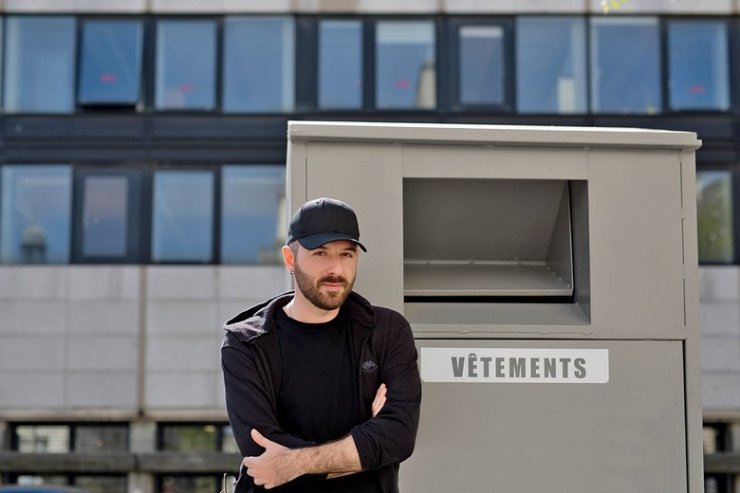 After three years at Balenciaga, Alexander Wang is stepping down as Artistic Director of the European house (check out his last show). There had been lots of rumblings this may be happening sooner rather than later, so this was to no one’s surprise.

No sooner did the words “Who do you think is going to take over at Balanciaga?” came out of my mouth, in less than 24 hours it was announced Demna Gvasalia  taking the reins. Weird…

This is big news, and again, no surprises we got this news during Fashion Week. Georgian Mr.Gvasalia has been making waves in the Fashion community with his line Vetements so it makes sense Balenciaga would want a fresh face to bring in the new. Can’t wait to see what he’s going to send down that Runway…

With an insane attendees list , falling Models, and allowing the show to be an interactive experience broadcasting it from the Lower East Side to random pockets on NYC, how could this not be a spectacular Fashion moment?

Shown on 14th anniversary of 9/11, Givenchy set up a Runway on a West Side Highway pier that was a full blown extravaganza. Having it not only show in NYC (usually shown in Paris) and being so accessible to a wide audience has totally changed the way we look at Fashion shows. Also, no surprise here: the clothes were amazing. 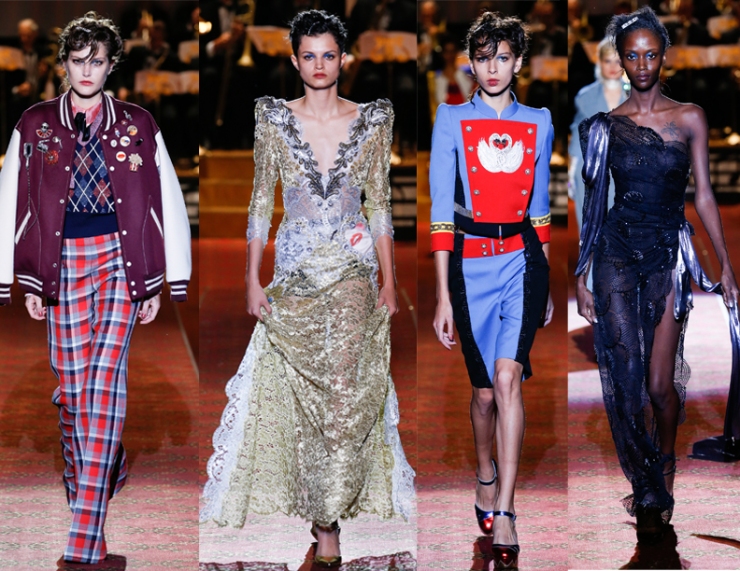 Unsurprisingly the King of Fashion, Marc Jacobs, showed one of his most incredible collections to date mixing nods to Schiaparelli, Old Hollywood, Pop Culture, and everything in between while sticking to his signature in details and overall look. Very Marc Jacobs (who loves a reference). Very interesting. Very beautiful.

Creating a “One Night Only” at the Ziegfeld theater (incredibly classic old New York…amazing), Mr.Jacobs turned the New York landmark into a Fashionable movie themed event starting the Runway outside on a Red Carpet following inside the venue to show editors and glitterati alike.

He also had Beth Ditto walk (below) which is everything. I attended this show and I still can’t breath thinking about it.

“Scandal” powerhouse Kerry Washington wore the beyond amazing multi-metallic high slit long sleeved dress to the Emmy’s this past year. Straight off the Runway. It was a moment.

Tom Ford. Lady Gaga. Disco. “These are a few of my favorite things…”

It’s should come as no surprise that I am still freaking out that Tom Ford opted out of a Runway or intimate presentation, as in the past, and created a full blown Fashion moment having Lady Gaga cover Chic’s classic Disco hit “I Want Your Love” showcasing his incredibly Spring collection in a music video.

Directed by visionary Nick Knight and produced by Chic guitarist Nile Rogers, models glide down the runway shaking what their Mama gave them as Gaga flits in looking every inch the powerhouse she is. We haven’t had a great Celebrity meets Fashion moment in a while, so thankfully this came along.

With so much Tom Ford DNA within these few minutes—nods to Disco and his years at Studio 54, featuring a controversial Pop Culture figure so prominently, sexed up attitude, his general aesthetics towards clothing— for someone who wrote their 20th Century Fashion thesis on this Texan born designer, this was chock full o’ goodness.

Above all, it was refreshing and unique for Mr.Ford to do. These are the kinds of things I hope we get much, much more of in the future of Fashion.

All images courtesy of Vogue.com and their respective Designers.