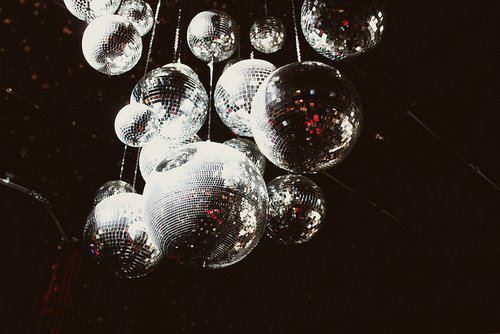 We’ve made it, it’s finally Friday and apparently Spring weather is hitting us this weekend so cross your fingers and toes that’s happening!

Lots of fun links found this week, so there should be a little something for everyone here. After reading this, which you’ll obviously do before anything else, get outside! Explore the city! Make good bad decisions!

So take a look, jump down for links, and have a great weekend!

– The New York Narrative: Looks from the week!

– Remember OK GO? They are at Terminal 5, guys

– There’s a Bloody Mary festival happening in Brooklyn…why are you still reading this? RUN THERE

– Check out the Manhattan Vintage Clothing Show this weekend

– This is a hard one for a Boston bred New Yorker: Yanks and Sox are playing…

– Wearable Fashion is really becoming a thing, you guys

– Fab shots of Street Style for you!

– Famed make-up artist Gucci Westman is leaving her post at Revlon…what will she do next?

– NYC Fabness: Liz Smith on everything

– Anyone else want to live with David Fincher?

– New York’s iconic Ziegfeld Theater is in danger of closing

– The “Twin Peaks” revival is all kinds of messed up

– Season 2 of “True Detective” trailer is here and we still have no idea what it’s about…though, I do love Rachel McAdams trashy hair

– Don’t fret my pet: Kathy Bates is coming back for another season of “American Horror Story”

– Your first look at “Jurassic World”

– Christie Brinkley got a black eye trying to save a bird on vacation. Yes, yes you read that correctly…

– Nicole Kidman’s “Grace of Monaco” continues to be a disaster: it’s set to premiere on Lifetime…

– Kate Mulgrew, AKA badass Red from “Orange is the New Black,” published a memoir and apparently it’s fantastic

– Speaking of “Orange is the New Black,” check out the Season 3 trailer now

– Drunk girl jumps on Adam Levine at Maroon 5 concert. Can you blame her?

– Everyone calm down: Taco Bell is delivering again

– The Hollywood Reporters 35 most powerful people in NYC media

– “Avengers: Age of Ultron” will not have a post-credit scene but it will have a hook

– “Avengers: Age of Ultron” is going to make a lot of money, you guys

– Because Marvel is sneaky and smart a spinoff of ABC’s “Agents of S.H.I.E.L.D.” is in the works, folks